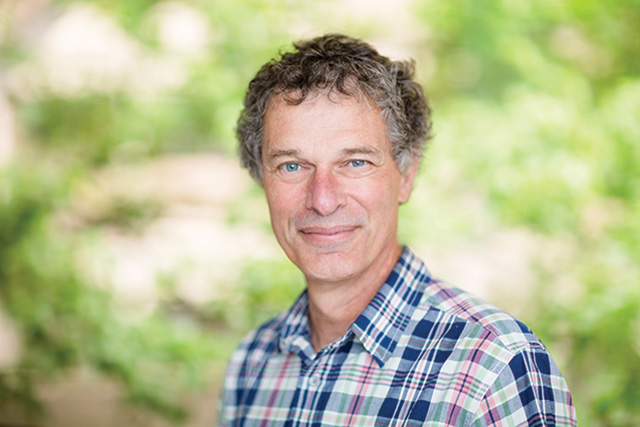 I’m writing this Director’s Report from home, having been isolated from face-to-face contact with anyone in the ACEMS community for quite a while. The world of early 2020 is so different from the world of 2019, that it has been hard to go back and think what the latter was like. In the end, I’ve had to look up our documentation about events as they happened far more than when I have been writing previous reports.

In this vein, I’m going to start with my highlight from last year. It was a comment made by a senior ACEMS member after the ACEMS Retreat:

There has been some subtle but quite profound shift within the Centre that has translated into a much kinder, gentler, positive and supportive environment. Perhaps it is just the gradual chipping away of old-fashioned notions about what mathematicians should be like. Perhaps it was the little kids running around the retreat! But I for one was very impressed by the sense of shared mission and respect/appreciation."

I was thrilled when I saw that comment. It speaks to many of the things that we are trying to achieve in ACEMS. I very much hope that these sentiments are widely-shared.

Of course, research is the core business of ACEMS. Within the four Research Themes – Challenging Data, Multiscale Models, Enabling Algorithms and Informed Decisions – ACEMS researchers have been very active. In this Annual Report you can read detailed case studies about

The four theme reports contain detail on ACEMS research activities. Reading through them, I’m immensely proud of the breadth and depth of the Centre’s contributions. They are testament to the way that ACEMS has grown throughout its five years of operation. Some highlights are the 2019 Gavin Brown Prize for the most outstanding publication by a team of Australian mathematical scientists, awarded to Zdravko Botev, Joseph Grotowski and Dirk Kroese for their paper Kernel Density Estimation Via Diffusion published in the Annals of Statistics; the best student prizes earned by PhD Student Alex Cooper at the International Symposium on Forecasting and the International Conference on Monte Carlo Methods and Applications; the Asia-Pacific Spatial Excellence Award recognising the efforts of Kerrie Mengersen, Susanna Cramb, and Earl Duncan on the Australian Cancer Atlas Project; and work by Erin Peterson, Julie Vercelloni, Kerrie Mengersen and other non-ACEMS colleagues on the Virtual Reef Diver Project was named as one of three Eureka Award finalists in the category for Innovation in Citizen Science, as well as also receiving an Asia-Pacific Spatial Excellence Award.

More generally, there is a long list of ACEMS members who were honoured with prestigious national and international awards during 2019. Among the most noteworthy are

In a more distant highlight, former Governance Advisory Board member Peter Donnelly, who lives in the United Kingdom, received the Knight Bachelor medal in the Queen's Birthday Honours.

You can read about all the prizes and awards earned by ACEMS members during 2019, including many that were awarded to our younger members, here.

Prior to taking maternity leave in December, ACEMS Stakeholder Engagement Officer Jessie Roberts continued to foster collaboration with the seven ACEMS Partner Organisations: the Australian Bureau of Statistics, the Australian Institute of Marine Science, AT&T, CSIRO, Mitacs, the Sax Institute and VicRoads, as well as an increasing number of Industry Affiliate Members. You can read about fifteen specific projects – most joint with external partners and collaborators – across the whole spectrum of ACEMS research activities here. A major driver of ACEMS engagement activities is the Industry Collaboration Support Scheme, which provides funding to the Centre’s Research Fellows and Associate Investigators wishing to establish external collaborations.

Affiliate Member Anthony Harradine and Outreach Officer Anita Ponsaing have been developing ACEMS flagship Outreach program MathsCraft: Doing Maths like a Research Mathematician in a new direction. They have been trialling a new supplementary curriculum designed for teachers to use in their classes. As you can read here, eleven schools participated in the pilot curriculum trial, which includes five problems to work through and an assessment problem. Overall the teacher feedback was very positive.

In 2019, ACEMS decided to pivot another one of its Outreach programs, The National Science Quiz (NSQ) and follow a strategy to develop an online version that would be suitable for larger audiences. Since then the Centre has developed an updated team-based format for the NSQ and have established a memorandum of understanding with The Royal Institution of Australia which has extensive production, media and distribution expertise.

Late in the year, Rosanna Verde joined the Outreach team in a business development role to help put both MathsCraft and the National Science Quiz on sustainable footings so that they can continue after December 2021 when ACEMS funding will run out.

ACEMS Media and Communications Officer Tim Macuga has been very active both in educating ACEMS members how to get their messages out to a non-academic audience and encouraging them to do so. Under Tim’s direction, 2019 saw the second season of ACEMS podcast series `The Random Sample’ which ran to a total of 23 episodes over the first two seasons. Highlights include David Balding talking about forensic statistics in the courtroom and discovering the bones of Richard III; Nigel Bean telling us about how queueing theory can, or can’t, be used to understand how patients occupy places in intensive care units; and Mahler lecturer Dr Holly Krieger talking about her research, her outreach to female students, and her tour of Australian universities.

In 2019 ACEMS continued to support the mathematical sciences through organising its own workshops and contributing funding to externally-organised conferences and workshops. In all, 27 conferences or workshops were supported in some way. ACEMS also provided 29 training workshops and presentations, and nine mentoring, technical, and equity and diversity seminar presentations. On top of this, it continues to be a major sponsor of the MATRIX Research Institute at Creswick.

As you can tell from the comment that I quoted at the beginning of this report, ACEMS takes its responsibilities for promoting equity and diversity in the mathematical sciences very seriously. In 2019, the birthday (May 12) of the only female Fields Medallist Maryam Mirzakhani was designated as Women in Maths Day for the first time. To celebrate this event, ACEMS released a video of messages from its female members. It was very inspiring to hear from women ranging from PhD students to distinguished professors on the role that mathematics and statistics have played in their lives. The video can be found at https://acems.org.au/women-maths-day-video-messages-acems.

On a more systematic front, ACEMS has taken steps to put a range of equity and diversity policies in place, documented in this report here. For the first time, ACEMS also outsourced its climate survey, with Leaderskill running a comprehensive process along similar lines to that put in place by other ARC Centres of Excellence. We have included the headline takeaway messages from this survey here. While there are still some things to address, it is fair to say that the survey reflects very well on the general environment that ACEMS provides for its members.

The ACEMS International Mobility Programme (IMP) provides funding opportunities for early-career researchers and graduate students from ACEMS to build their networks and experience. The program supports research collaboration with international mathematical and statistical institutes, departments and research groups. ACEMS currently has agreements for exchange with the Insight Centre for Data Analytics in Ireland, Networks in Netherlands and the Department of Statistics at Oxford in the UK. However, IMP exchanges can occur with other institutions, and many have.

The 2019 ACEMS Student and Early-Career Researcher Retreat and Annual Retreat were held in the Adelaide suburb of Glenelg during the last week of October. As the quote at the beginning of this report suggests, there has been a noticeable development of the ACEMS community as we have got to know each other better. The Retreat now has an element of `old friends meeting’, even though we continue to welcome new members into the community. The large number of young children who were present was noted by almost everyone. This substantially resulted from financial support via the ACEMS Carer’s Provision Fund. The (very) occasional small interruption of a talk by a child was a small price to pay to have those ACEMS members with significant carer responsibilities able to attend and contribute.

I’d like to finish off by acknowledging the contribution that ACEMS received during 2019 from its professional staff. It was great to have Chief Operating Officer Emily Duane return to her position in the middle of the year after a period of full-time maternity leave and then some time working part-time on development of ACEMS outreach activities. Emily has a PhD in operations research, which gives her a unique insight into the culture of a mathematical science centre. Her role in managing the Centre’s activities across the seven nodes cannot be understated. Emily’s replacement Kate Lowry has a different skill set. However, she did a tremendous job in Emily’s absence, introducing many new initiatives. When Emily returned full time in July, Kate moved to a substantive position as the Chief Operating Officer of the ARC Centre of Excellence for Exciton Science, something which I regard as a testament to ACEMS’ ability to provide development opportunities for professional staff.

ACEMS also `lost’ its Finance Officer Kate Hall to the CoE for Exciton Science. Clearly Kate Lowry recognised Kate Hall’s ability and snapped her up. However, with the appointment of Minh Nguyen as its new Finance Manager, ACEMS also came out of the deal well. In the short time that she has been with us, Minh has impressed everyone with her attention to the finer details of the budget, as well as the fantastic job that she did with organising the Retreat. With Jessie Roberts, Anita Ponsaing, Tim Macuga and Rosanna Verde, who I have already talked about, the final members of ACEMS 2019 central professional staff team were Claudia Deasy and Ben Hess. Claudia did a fantastic job with the International Mobility Programme and she also supported the ACEMS Equity and Diversity Program and Mentoring Program, while Ben took care of all things computational, including the website and the Reportal, and provided secretarial support to the Executive Committee.