The month of May saw a series of events across Australia to celebrate the first-ever Women in Mathematics Day, and ACEMS was proud to play a part in many of these gatherings.

In 2018, the World Meeting for Women in Mathematics, (WM)2, voted to make 12th May the official date for the celebration. The date is the birthday of the late Maryam Mirzakhani, the first woman ever to win mathematics highest honour, the Fields Medal.

In 2019, ACEMS was proud to sponsor or take part in 13 events at universities across the country. The activities ranged from panel discussions and public talks to networking events and public exhibitions. 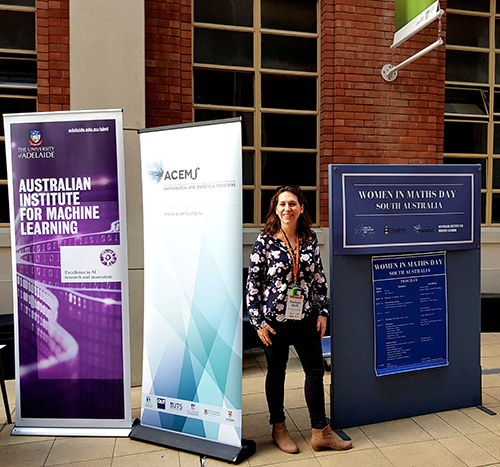 University of Adelaide masters student Kimberly Becker and ACEMS Associate Investigator Rachael Quill were the lead organisers of the conference.

“We had so many people come, and a diverse range of people, that brought a whole lot of energy to the event and the talks. It really felt like a huge celebration of women and the different paths that women take,” says Rachael.

The event featured a keynote address from one of Australia’s best-known mathematicians, Professor Nalini Joshi from The University of Sydney.

“It was amazing to hear about her journey through mathematics, how she developed her career, and how things have changed over the years," says Rachael.

Associate Professor Amie Albrecht from the University of South Australia says the event attracted people from both inside and outside academia, all at varying stages of their career. 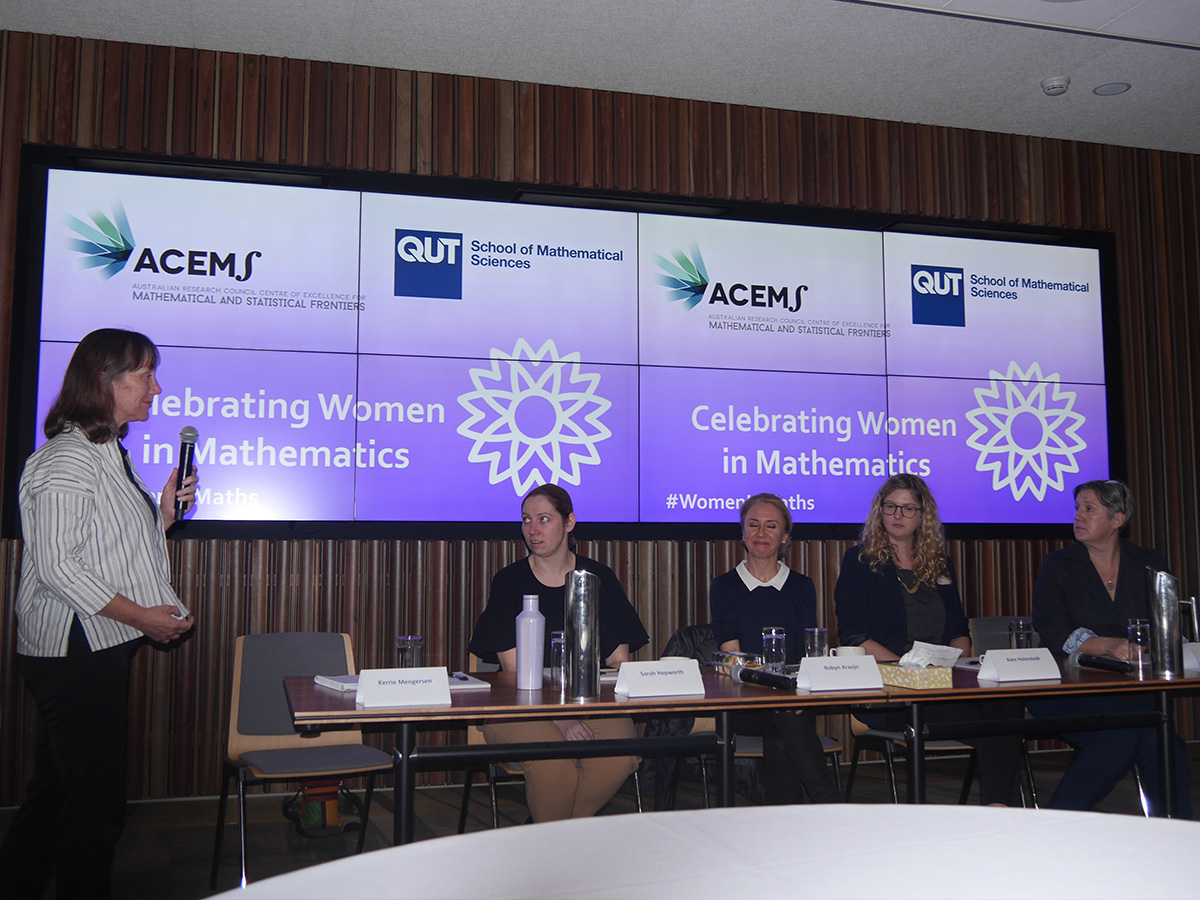 The conference also featured two parallel panel sessions aimed at students and at ECRs. Attendees got to hear advice and stories from other women who had recently gone through those phases in their careers.

“We also had a networking session, where participants were run through some of the tips and tricks for networking with each other, and they had an opportunity to put that into practice,” says Amie.

The conference also featured a poster display sponsored by ACEMS. The posters featured around 40 women in maths from around Australia, in academia, industry and government, and at various stages of their career.

Spotlight on Women in Maths in Australia

“There are so many amazing things that women are doing in mathematics that it was not hard to find incredible women,” says Melissa.

Melissa says one of the biggest challenges was convincing some women that they were ‘poster-worthy’.

“There are so many women out there who are doing these amazing things that just don’t realise how amazing they are. All of us have something to give, and all of us have a story to tell, and they’re all equally valid and important,” says Melissa. 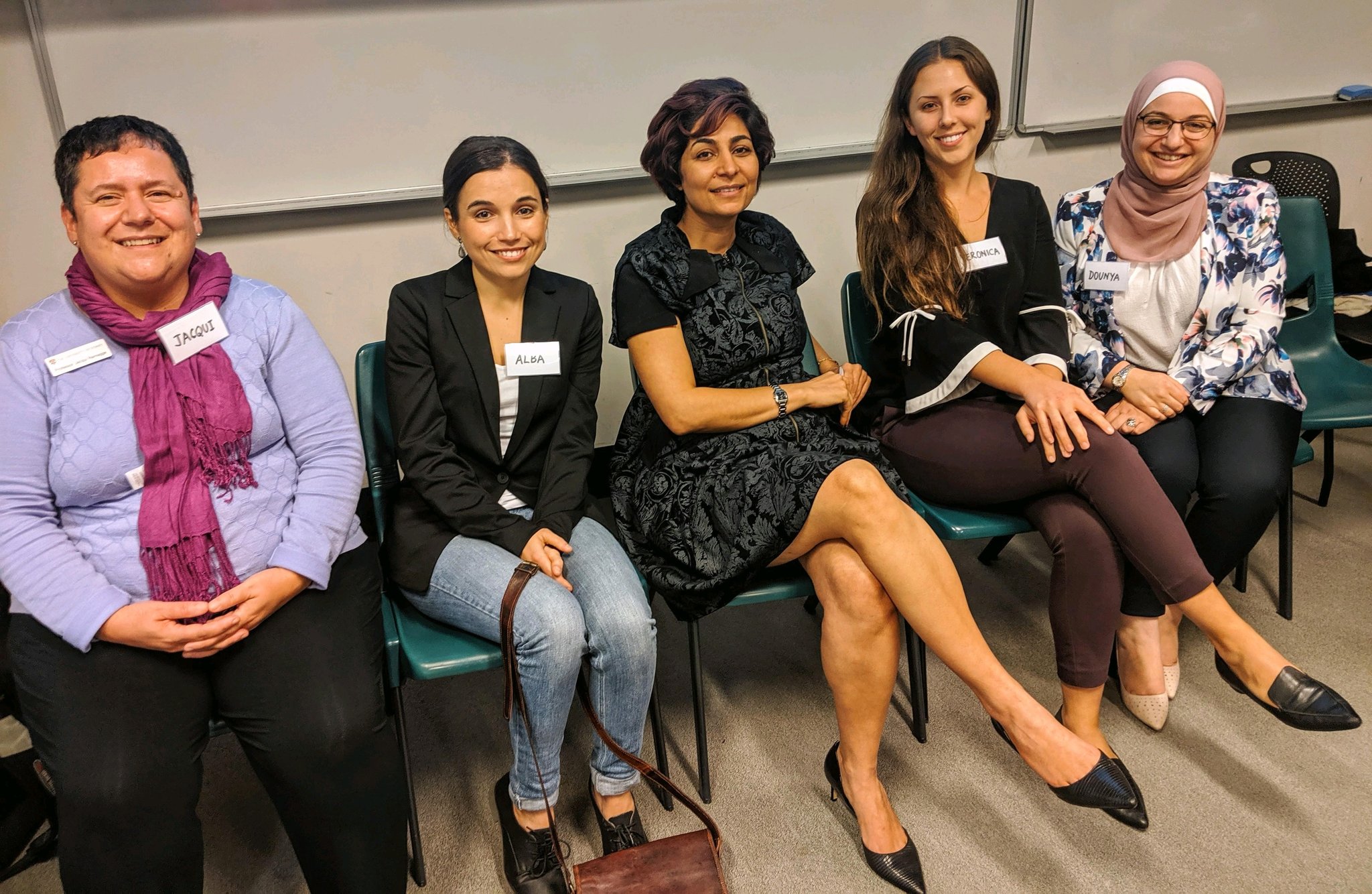 It was a jam-packed day with something for everyone. But the main component of the day wasn’t a formal part of the program.

“Some of the feedback we received was that participants just loved being in a group of other women mathematicians, to look around and see so many women who are good at and are interested in mathematics,” says Amie.

Rachael says the day was an excellent springboard to keep the conversation going when it comes to diversity and inclusion in mathematics, and not just with women.

“We saw quite a lot of momentum coming out of the event in discussions beyond the day. There were academics and university leaders in attendance with whom we could continue the discussion about aspects of diversity and inclusion. Those practical things that we could change in the workplace to make life a bit easier for the people who don't fit the mould for whom the environment was created,” says Rachael.

Some of the other big Women in Maths Day events held at ACEMS nodes included: 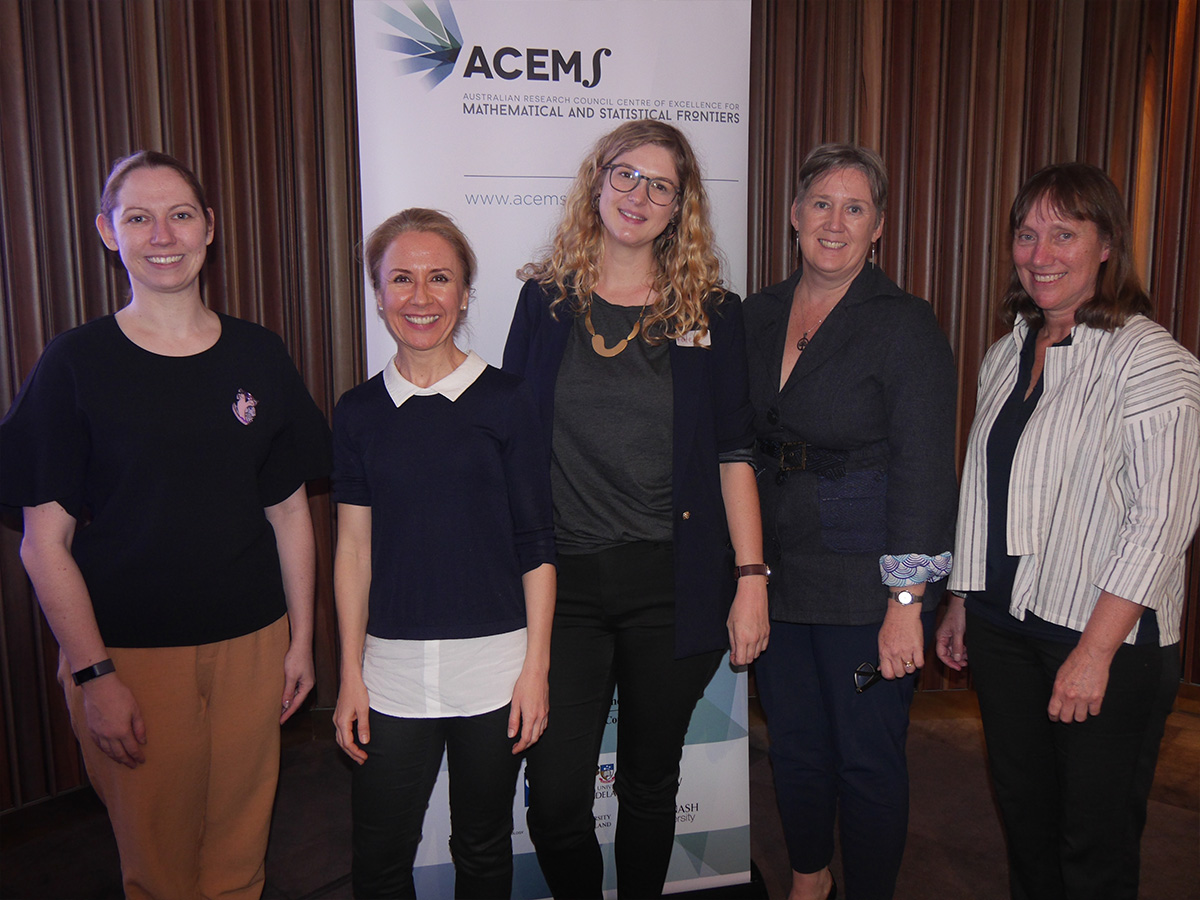 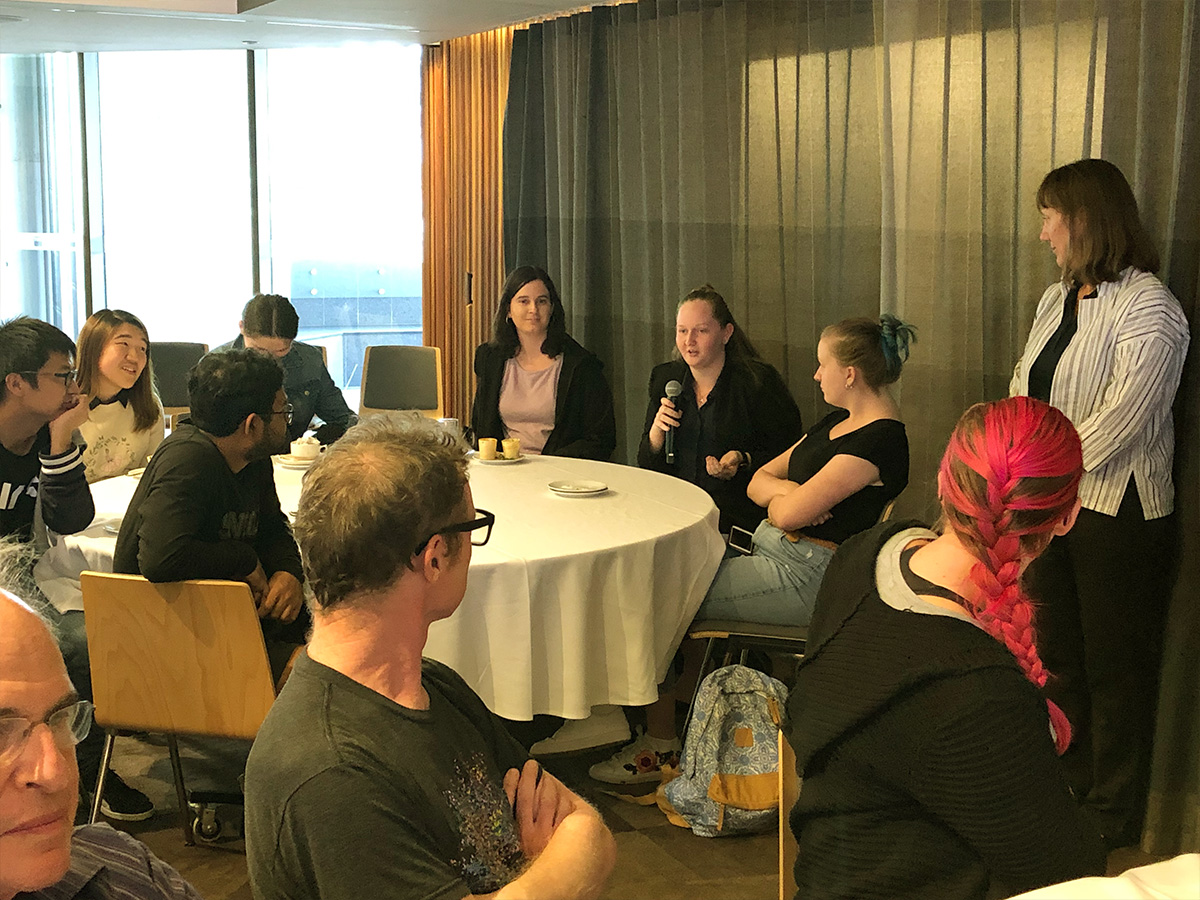 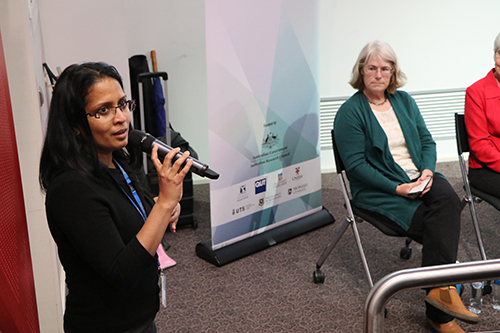 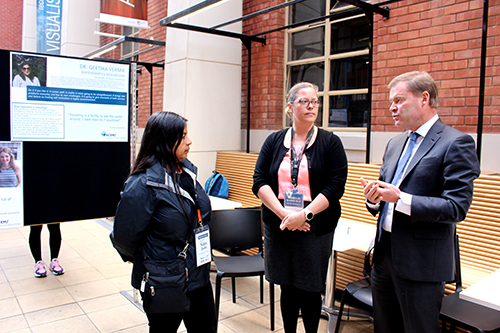 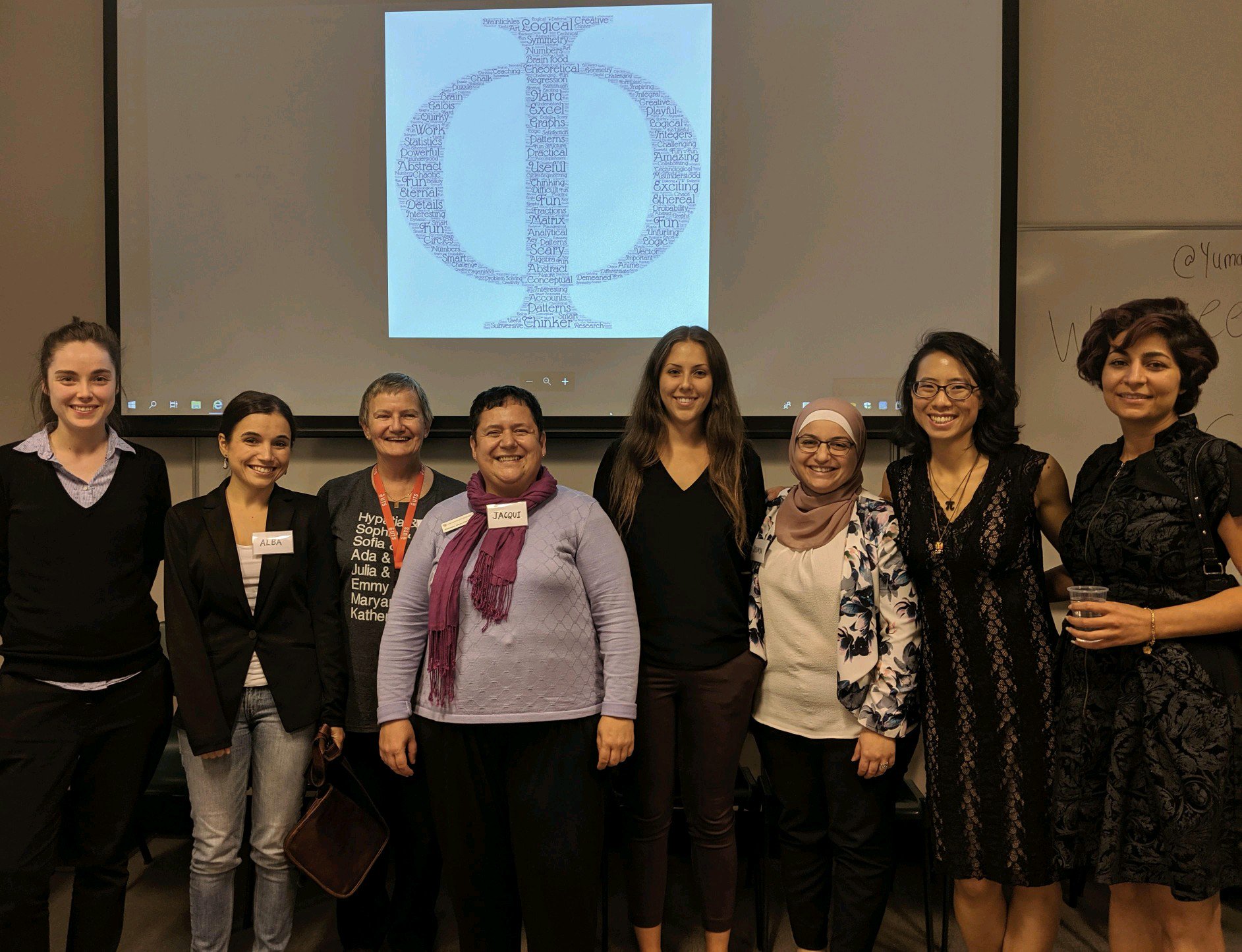 Group shot of some of the women at the UTS Event 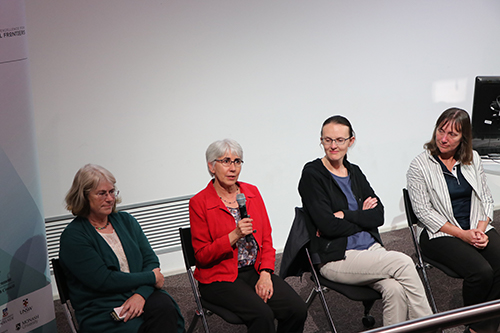 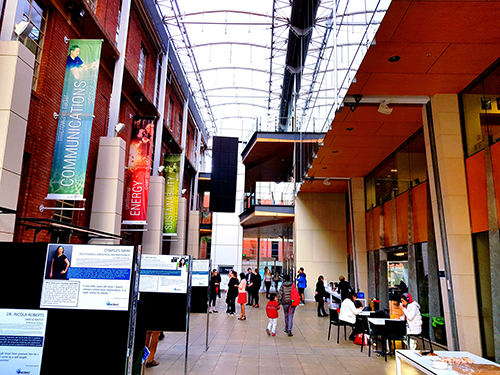 Adelaide event with posters of Women in Maths 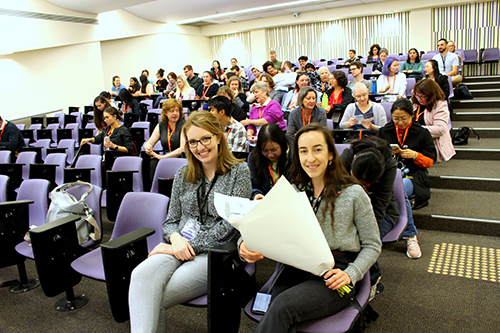 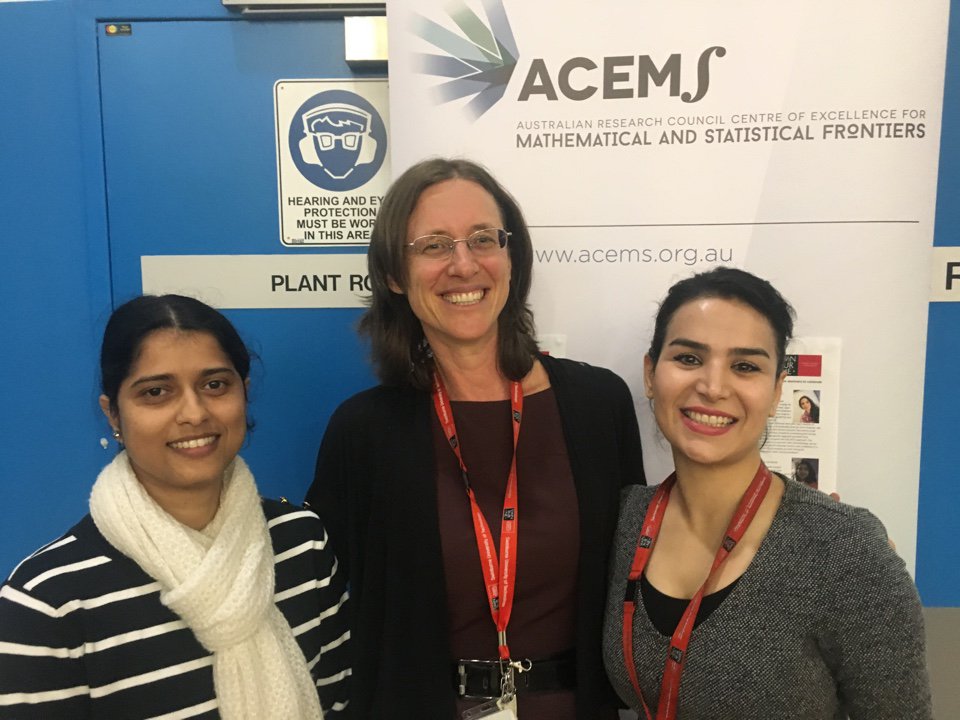 Episode 17: A Day Can Make a Difference - Celebrating Women in Maths

For just over a week in May 2019, people from around Australia came together for a very special celebration to honour and celebrate women in the mathematical sciences.

In this episode, we talk to three of the women behind that big event, what they did, why it was so important, did anything come of it, and what’s ahead when it comes to the issue of gender equity.