A trio of researchers supported by ACEMS won the award for best paper at the 2019 Conference for the Australian Mathematical Society (AustMS).

AustMS presented the 2019 Gavin Brown Prize for outstanding article, monograph or book to Dr Zdravko Botev (UNSW) and Professors Joseph Grotowski and Dirk Kroese (UQ) for their paper Kernel Density Estimation Via Diffusion published in the Annals of Statistics. Dirk is an ACEMS Chief Investigator.

The trio have been praised for their fast kernel density estimator, which achieves excellent accuracy thanks to an ingenious bandwidth selection algorithm.

Speaking on behalf of the group, Zdravko says the award was a humbling honour that recognised four years of tireless research during his PhD candidature while at UQ.

“I was not the first to notice that the empirical distribution of data behaves very similarly to point-sources of heat in a slab. The diffusion estimator is compelling, because it uses beautiful concepts invented by Fourier, Einstein and others, and that describe phenomena ranging from the spread of heat in objects through to the spread of information in social networks.”

The diffusion kernel estimator has gained enough popularity to be included in standard undergraduate textbooks such as, “Data Science and Machine Learning: Mathematical and Statistical Methods”, written by Dirk and his colleagues, which was released during 2019. 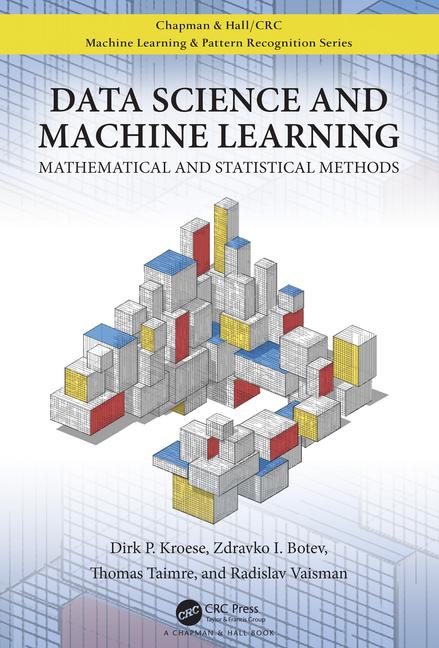