Student and ECR Retreat in Glenelg 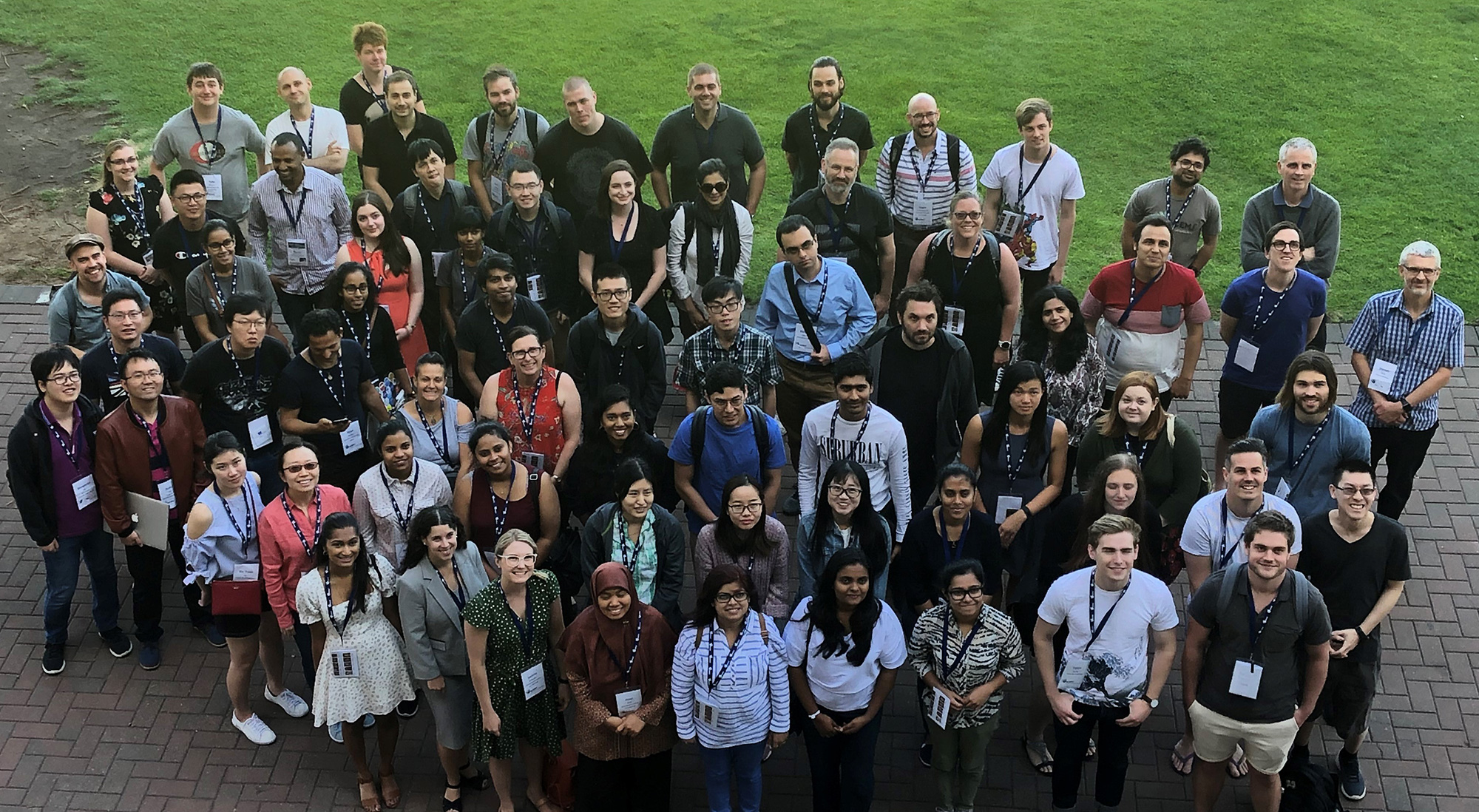 The future looks bright for the mathematical sciences in Australia, at least if you look at the group of researchers who attended the 2019 ACEMS Student and ECR Retreat in Glenelg, South Australia.

More than 80 students and ECRs attended the retreat which was geared to making sure that those who attended could get ready for whatever comes up next in their career. It also included sessions to help them deal with their current challenges as well.

One of the highlights of the retreat was an industry panel discussion which included researchers from various fields of industry:

Steven Barry also led a workshop on how to write your CV, with tips when applying for opportunities in industry.

"His guide is based on the experiences of an applied mathematician who has recruited numerous mathematics, engineering, and technical staff at a large corporation," says ACEMS Chief Investigator Tim Garoni (Monash), who chaired the session.

There was also a very lively academic panel discussion on the challenges and opportunities of working in academia.  Panellists were:

The panel had a lot of good advice for the group. It included useful information for students on how to get through the rest of their PhD.

Professor Matt Roughan, ACEMS Chief Investigator at The University of Adelaide, on whether to stay in academia:

“I’ve supervised students from groups that have gone straight through academia, and some who have gone and had other careers and then came back to university, and I really like both groups. They both bring something unique to the table. I think the terrific advantage for the people who go and get a little experience and have gone through a non-standard trajectory is that they really know why they’re there. I just did a PhD because it was the next thing. But people who have this idea of what they want to achieve, I have a lot of admiration for that.”

Dr Melissa Humphries, Lecturer and ACEMS Associate Investigator at The University of Adelaide, with advice given to her for her “off” days:

“The best bit of advice that I got, and I thought it was ridiculous at the time, but at the end of my PhD I was very grateful for it, was on the days where you really feel like you can’t do anything, just format your plots, make sure that your references are nice, make sure that your margins all look fine, change your chapter structure, or write the chapter structure. Just do something that doesn’t take a lot of mental load. At the end of my PhD, when I was frantically trying to get everything ready to submit, I was so grateful I had taken the time to do all that because it meant I didn’t have to do that at the end.”

Vanessa Haller-Bull, PhD student at QUT, with advice given to her early in her PhD:

“What do you want to be known for when you finish your PhD? It’s not about your thesis. It’s about who do you want to be at the end, and then designing your project around that. I found it really very helpful and that’s something I’ve been doing the whole time.”

“Don’t assume that coming out of your PhD you’re going to head in one direction. You might start in one direction but head off in another because it’s not quite the environment you want to work in. It might be a case of try before you buy before you settle in.”

Professor Matt Wand, ACEMS Chief Investigator at UTS, on getting help from your supervisor:

“The most important thing is that when you come into difficulties, don’t let the weeks and months pass by too much. Get help, mainly from your supervisor. I’ve had students who haven’t told me about problems until three months had gone by. It’s better to tackle those problems much earlier and the supervisor’s job is to help you through that.” 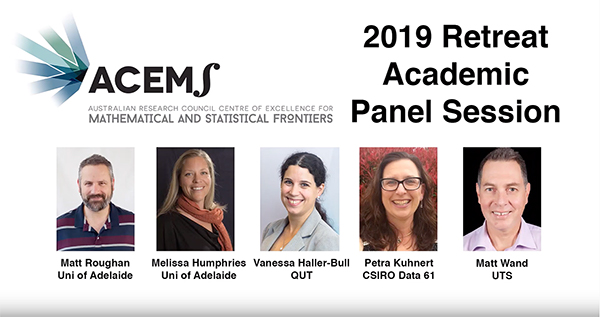 The retreat also provided an excellent opportunity to see what other research was going on around the Centre.

“At this retreat, we introduced a new style of ‘pitch’ talks where students and ECRs presented their research in three minutes to a small group. Groups then rotated, and presenters repeated their talk to different audiences. We received feedback that this session was effective in collecting and incorporating constructive comments more quickly,” says Aline Kunnel, a PhD student with ACEMS at UoA, and Chair of ACEMS’ Student Committee.

There were also more informal ways for group members to get to know each other, including a networking event with industry representatives and a scavenger hunt.

“The retreat provided us with the opportunity to create and maintain relationships with students and ECRs from other universities. These relationships are essential when working in research and allow for future collaboration,” says Aline.

One final feature that helped was that the retreat had its own website. PhD student Behrooz Niknami from ACEMS at The University of Melbourne created the site. It was a great way to advertise the retreat’s Code of Conduct, program and share updates among attendees and those who were unable to attend.

Congratulations to all students and ECRs who contributed to this important and successful event, especially the organisers – ACEMS’ Student and ECR Committees -- led by Aline, and Rachael Quill, the Chair of ACEMS’ ECR Committee. 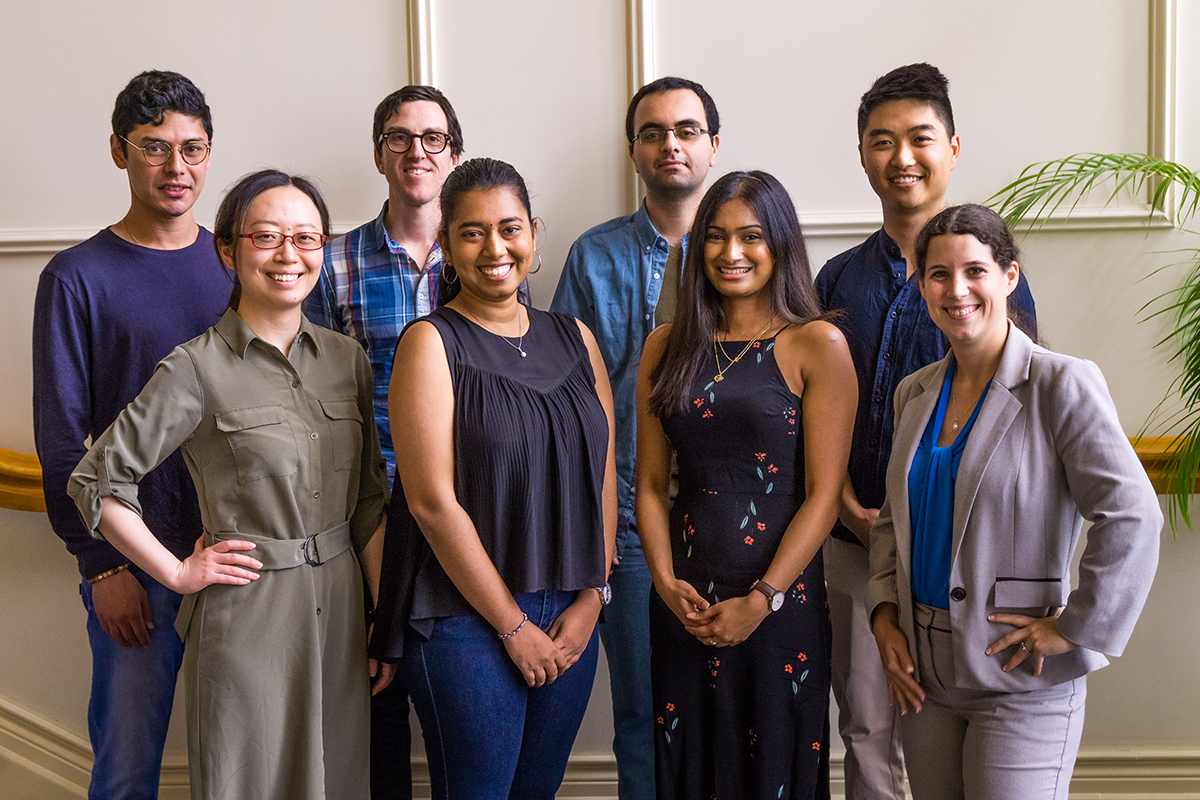