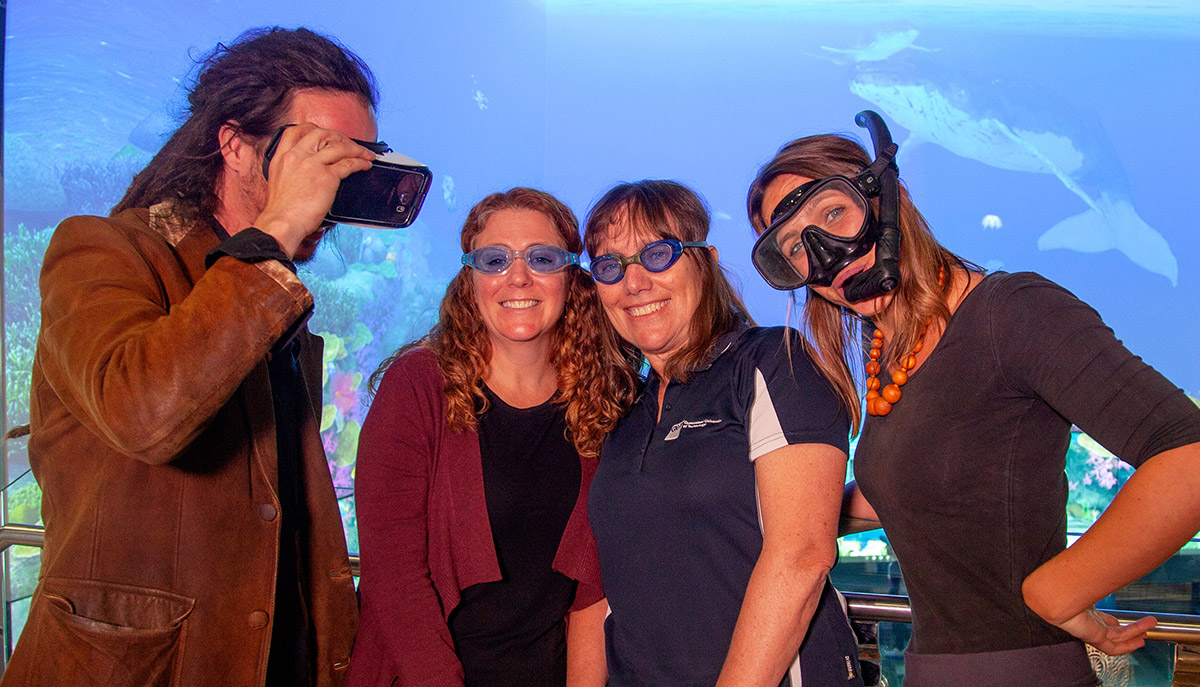 The Virtual Reef Diver project was developed at QUT’s Institute of Future Environments and ACEMS. The web-based project has captured the imagination of the public, resulting in more than 200,000 images classified online by citizen scientists.

The project involves citizens to actively contribute to monitoring of the Great Barrier Reef by using crowd-sourced images captured by recreational and professional divers, geo-located within a digital map.

The information is then used to help scientists to better understand where in the reef hard coral is increasing or decreasing.

Project leader, QUT Associate Professor, Erin Peterson (pictured second left) says the platform provides a unique opportunity for the public to get involved in science in a way they never could before.

“Using ground-breaking statistical analysis, we combine the crowd sourced information with the existing monitoring and efforts to map the reef’s health and help protect Australia’s natural treasure,” says Erin, who is an Associate Investigator with ACEMS.